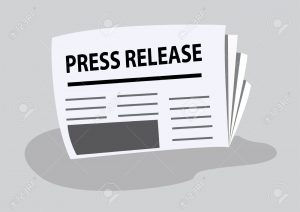 Sacramento, California, January 1, 2018: Americans Against Gun Violence extends heartfelt sympathy to the family, friends, and colleagues of Deputy Zackari Parrish who was killed in the mass shooting in Highlands Ranch, Colorado, on the morning of December 31, 2017, as he and fellow officers were responding to a domestic disturbance call in an apartment building. We also extend our heartfelt sympathy and sincere wishes for a speedy and complete recovery to the four other law enforcement officers and two civilians who were wounded in the shooting.

The Highlands Ranch mass shooting also demonstrates one of the fallacies in the argument that civilians should carry guns “for protection.” The “guns for protection” argument fails to take into account the element of surprise involved in criminal assaults. According to initial reports, at least four of the five officers who were shot by the single assailant in the Highlands Ranch incident were taken by surprise and hit by bullets within a matter of seconds, before they could fire their own weapons.[ii] The officers had been trained to anticipate that all suspects may be armed. The County Sheriff, Tony Spurlock, commented after the shooting:

We respond to every call anticipating that everyone has a gun. This is Colorado. Everybody has a gun.

The fact that at least four of the five officers shot in the Highlands Ranch mass shooting were unable to defend themselves with their own weapons is consistent with a previous FBI report that showed that 85% of law enforcement officers killed by guns in the line of duty never fired their own weapons,[iii] and 20% were killed with their own guns.[iv] It was also reported that all of the officers shot in the Highlands Ranch incident, like 82% of the slain officers in the 2016 FBI report,[v] were wearing body armor at the time that they were shot. Given that highly trained law enforcement officers wearing body armor who are shot and killed in the line of duty usually don’t have a chance to even fire their own weapons, it’s unlikely that most civilians will be available to effectively defend themselves with a gun. On the contrary, one study has shown that someone carrying a gun at the time of an assault is four times more likely to be killed than someone who is not carrying a gun.[vi]

It is the position of Americans Against Gun Violence that the United States should adopt stringent gun control laws comparable to the laws that have long been in effect in all other high income democratic countries. Such laws include stringent regulations, if not complete bans, on civilian ownership of handguns and all automatic and semi-automatic rifles. Such laws need not prevent responsible hunters and target shooters from practicing their sports with traditional sporting rifles and shotguns. In order to stringently regulate or ban handguns, the Supreme Court’s radical reinterpretation of the Second Amendment in the 2008 Heller decision must be overturned. We further believe that stringent regulation of civilian firearm ownership should be accompanied by stringent regulation of the use of lethal force by law enforcement officers.

Click on this link for a downloadable copy of this press release in PDF format.

[iv] “Killed in the Line of Duty: A Study of Felonious Killings of Law Enforcement Officers,” 40.

[viii] Jamiles Lartey, “By the Numbers: US Police Kill More in Days than Other Countries Do in Years,” The Guardian, June 9, 2015, sec. US news, http://www.theguardian.com/us-news/2015/jun/09/the-counted-police-killings-us-vs-other-countries.