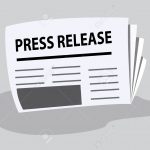 Sacramento, California, June 29, 2018: Americans Against Gun Violence extends heartfelt sympathy to the families, friends, and colleagues of the five people killed, including the newspaper editor, three journalists, and another staff member, in the mass shooting on June 28, 2018, at the office of the Capital Gazette in Annapolis, Maryland. At the same time, we agree with the statement by the late Senator Thomas Dodd of Connecticut who said in a press release and a speech on the floor of the U.S. Senate 50 years ago:

In every other high income democratic country of the world, the burden of proof is on the person seeking to acquire a gun to show why he or she needs one, and that he or she is of good character and able to handle a gun safely; not on society to prove why he or she should not have one. Moreover, recognizing that there is no net protective value from civilian gun ownership, most other developed countries do not accept “self-defense” as a reason for having a gun. The alleged shooter in the Capital Gazette mass shooting, Jarrod Ramos, had pleaded guilty to misdemeanor harassment of a young woman who refused his advances in 2011. He filed an unsuccessful defamation of character lawsuit against the Capital Gazette after the Gazette published a critical – but accurate – account of his conviction. Ramos subsequently made numerus threats against Gazette staff on social media. He was nevertheless able to legally purchase the pump action shotgun he used in the Capital Gazette mass shooting under lax federal and Maryland state gun laws. A person with this background almost certainly would not have been able to acquire a gun in any other high income democratic country in the world.

Other high income democratic countries have reacted swiftly and definitively to prevent mass shootings. For example, following a mass shooting committed with assault rifles in the resort town of Port Arthur, Australia, in 1996, the Australian government took just 13 days to agree to ban civilian ownership not only of all automatic and semi-automatic rifles, but also of all pump-action shotguns of the type used by Ramos in the Capital Gazette mass shooting yesterday and by Dimitrios Pagourtzis in the Santa Fe High School mass shooting in May of this year. There have been no further mass shootings in Australia since 1996. Despite scores of horrific mass shootings in the United States over the past half century, the U.S. federal government has failed to take any definitive action to prevent these massacres from recurring on a regular basis.

It is the position of Americans Against Gun Violence that the United States should adopt stringent gun control laws comparable to the laws that have long been in effect in every other high income democratic country of the world. If such laws had already been in place, it’s exceedingly unlikely that the Capital Gazette mass shooting would have occurred. Until such laws are in place, when the next horrific mass shooting occurs in our country, we shouldn’t ask ourselves why these tragedies keep occurring. Rather, we should ask ourselves why we fail to take the obvious steps necessary to prevent them.

Click on this link for a fully referenced version of this press release in PDF format.