Letter to the Editor re: What to tell children about school shootings 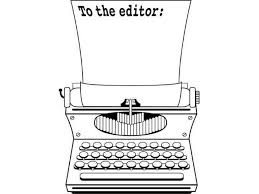 An edited version of following letter to the editor regarding the November 14, 2017  Tehama County, California mass shooting, which included a shooting at Rancho Tehama Elementary School, was published in the November 26 issue of the Sacramento Bee.

What To Tell Children About Mass Shootings

The two articles in the Sunday Bee concerning the Rancho Tehama Elementary School shooting describe a “family fun day” featuring “pizza and hugs;” security measures such as lockdown drills, high fences, and police on campus; and child counseling as laudable responses. The term, “gun control,” though, is not mentioned in either article, nor is it mentioned that US children are killed by guns at a rate 12 times higher than in the other high income democratic countries; that the US is the only country in which mass shootings occur on a regular basis; that other countries like Britain and Australia responded quickly to mass shootings by banning all handguns (Britain) and banning all semi-automatic rifles (Australia). If school counselors were to be honest with children traumatized by mass shootings, they would tell them to move to some other democratic country where grownups love their children more than their guns.